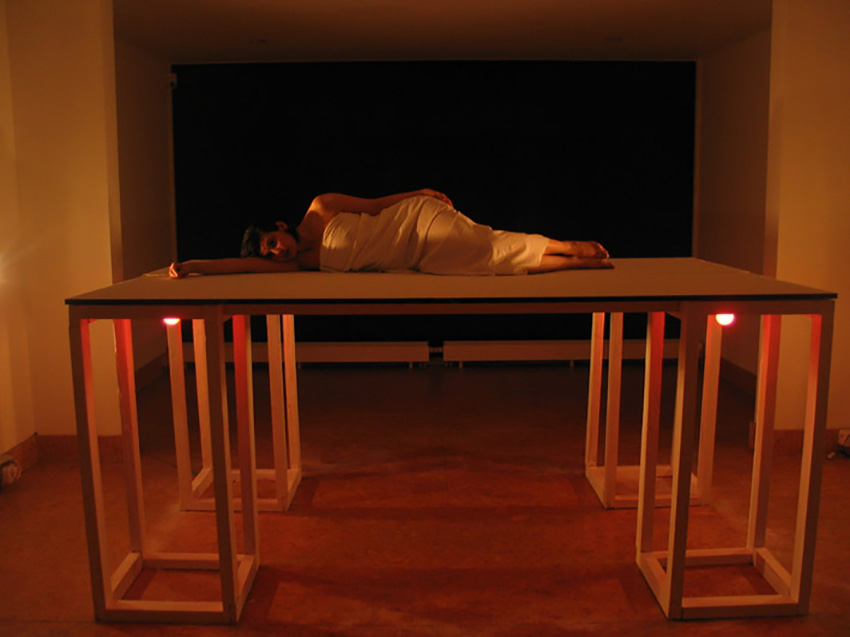 Desk has existed as a very powerful motif in our memories through both literature and art. It is quite likely something goes missing if ‘A Desk of One’s Own’ exhibition, which will be held between 5 March and 5 April 2014, is reviewed without recalling those authors and artists unforgettable with their interpretations on the motif ‘desk’.

What communal table on which pieces that vary from video to three-dimensional objects provided by the artists rest, suggest is an invitation to the audience to take their seats and reflect upon them. What it also suggests is the unseen partnership of the audience in the production of art.

It can be said that the artists who take place in the event either produced new work in the concept of ‘desk/table’ or joined the event with works produced earlier and grew as the symbols of turning points of Turkish contemporary art.