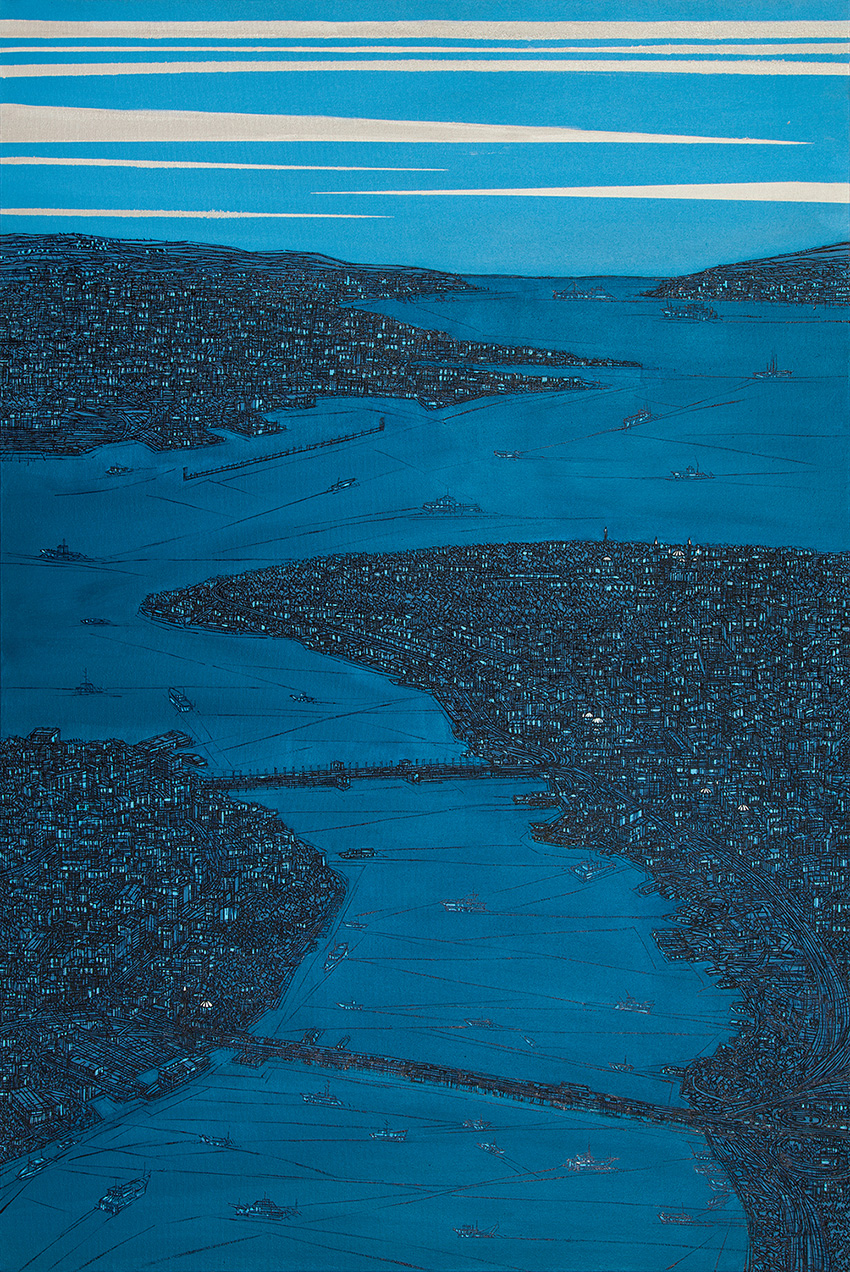 As the last exhibition of the year 2013, Devrim Erbil’s  “Istanbul – Siirsel Soyutlamalar” exhibition is going to be between the 20th of December 2013 until the 20th of January 2014.

In the third year of its opening,  Galeri/Miz, aims to become the new contemporary art platform while hosting the works of Devrim Erbil. For years, the artist who has been always in the same positive dynamic and who has a worldwide reputation, focuses on different aspects of İstanbul, using oil painting, batik and printing in his recent exhibition “Istanbul – Siirsel Soyutlamalar”.

The artist was born in 1937, in Uşak and graduated from İstanbul State Academy of Fine Art Painting in 1959. Erbil has worked as the chairman of Contemporary Painters Association in the year of 1969. He has been considered worthy for many national and international awards.