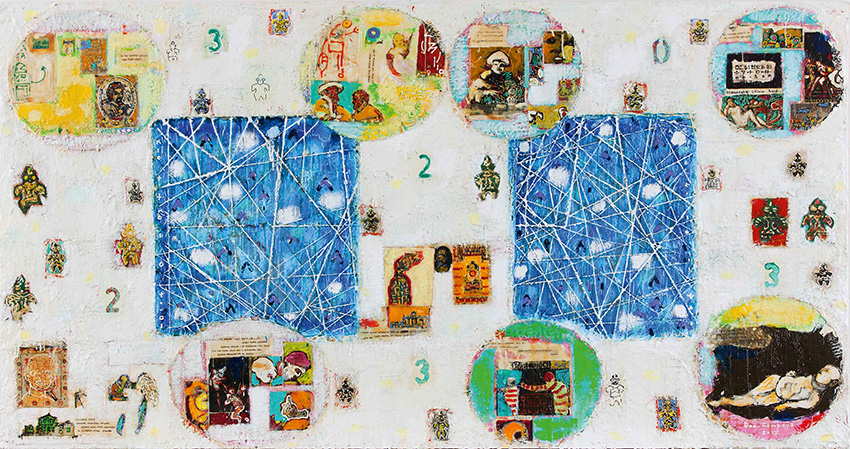 In the early 80’s, I remember there was a book called “From Symptom to Diagnosis”, which was one of the rare Turkish books that a medicine student can benefit. I never forgot the name of the book, even though I forgot its contents. Neither medicine nor painting can be reduced to one another as a term. It is useless to tell what we see; but we need to describe it. And this is the point where medicine and art meet. Symptoms are a whole of signs, simulacrums, metaphors and simulations. But just as in our similar efforts to reach “painture”, it still may not be enough for “diagnosis”.

Perhaps that is why ancient cultures have always simplified and transposed the complexity of signs, simulacrums, languages, metaphors and simulations into tangible objects (art works). (The “dogus” of Japanese culture are specimens from 14.000 years ago.) And from there they have reached diagnosis and treatment.

Today, in spite of all the progress in art and medicine; neither the symptoms of medicine, nor the simulacrums, metaphors and signs of art in the same parallel, have basically ever changed, since the basic common ground is always the same: the human. (to be continued).