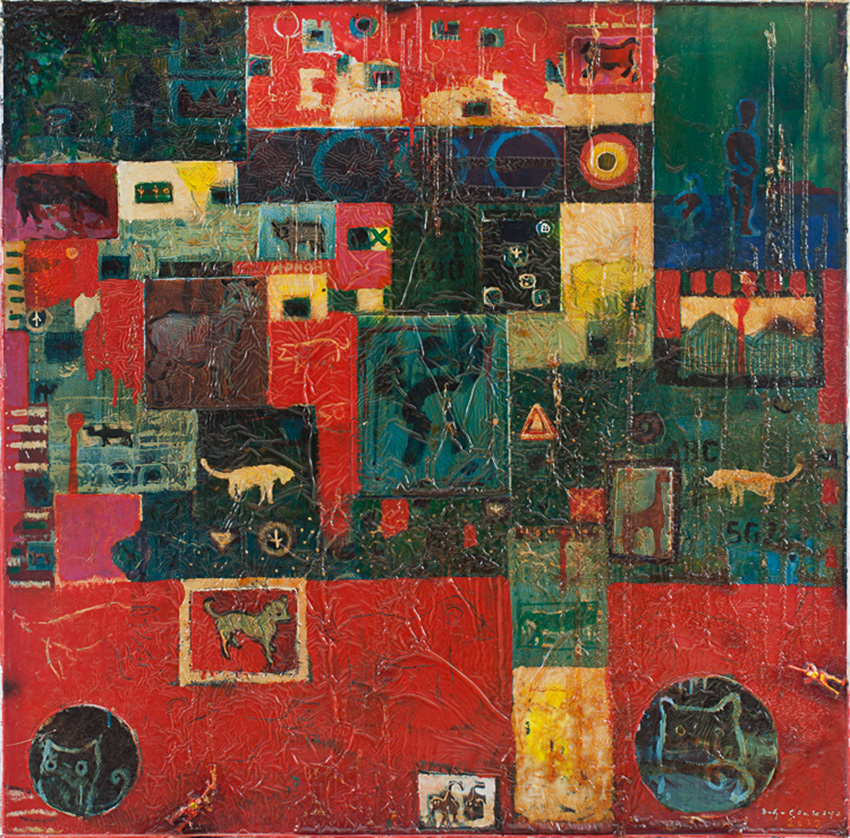 HOW NEW IS THE NEW WORLD ORDER?

Chosen as an exhibition title, the concept of the “New World Order” may evoke a different expectation in everybody.  For some of us, this theme may be the reflection of the transformations that occurred in the world in the last 50 years, for some the last century or even much earlier periods for some others.

Every rising sun can be the anticipation of a fresh new World, a World of faith and hope. Or people may choose to recreate the World with courage, joy, and will at a given moment in life, starting from their own. On the other hand, the world order that we call “new” may not represent such affirmative connotations; but instead, it is a world of struggle, confrontations, guns, power, resistance, victory and defeat.

T. Adorno and M. Horkheimer, two philosophers representing one of most influential schools of thought of the 20thCentury, the Institute of Social Research in Germany (aka Frankfurt School) analyse the dilemmas of today’s world in their work entitled The Dialectic of Enlightenment.

They underline the transformations of the world in the last three centuries taking the Age of Enlightenment as the starting point. According to them, it is a point that man’s struggle of power and domination with man and nature has gradually brought us.

In their vision the project of Enlightenment was to break the spell of the World: It was the scientific mind that had replaced myth and magic. Since ancient times, myth made man dependable to nature, with Enlightenment, the latter who efficiently mediated science and technology turned this dependence upside down. Nevertheless, this quarrel between nature and man defines today their co-shared destiny click here. In an ethical and ecological decline, the world does not seem to help any of them. Man that has begun this journey with logic, science and technology is becoming a part of destruction in this new order which he has created.

I am amongst the audience who interprets the new World order described in Doğu’s works according to the definition given by Adorno and Horkheimer. I think of the exhibition’s title being written as NEW?WORLDORDER as conscious codes of an artistic inquisition. When looking at the pieces separately, I find the struggle in materials as much as in figures, colours, patterns. I think, in this series, we are in front of a creation beyond the two dimensional but deeply symbolic conception of the art of painting established in our minds emerald carpet cleaning. That is why every piece possesses an existence both separate yet co-shared, just as the common destiny of our world whose parts are unlike each other.

My suggestion for the rest of the audience is to unfold the catalogue in their hands so that the two cover images align.  By looking at his choices together, one may see that the artist presents us, who are the authors, the audience and also the victims of the NEW?WORLDORDER, a clue concerning the world of the exhibition.

İrfan Dönmez ‘On Faces and Surfaces’