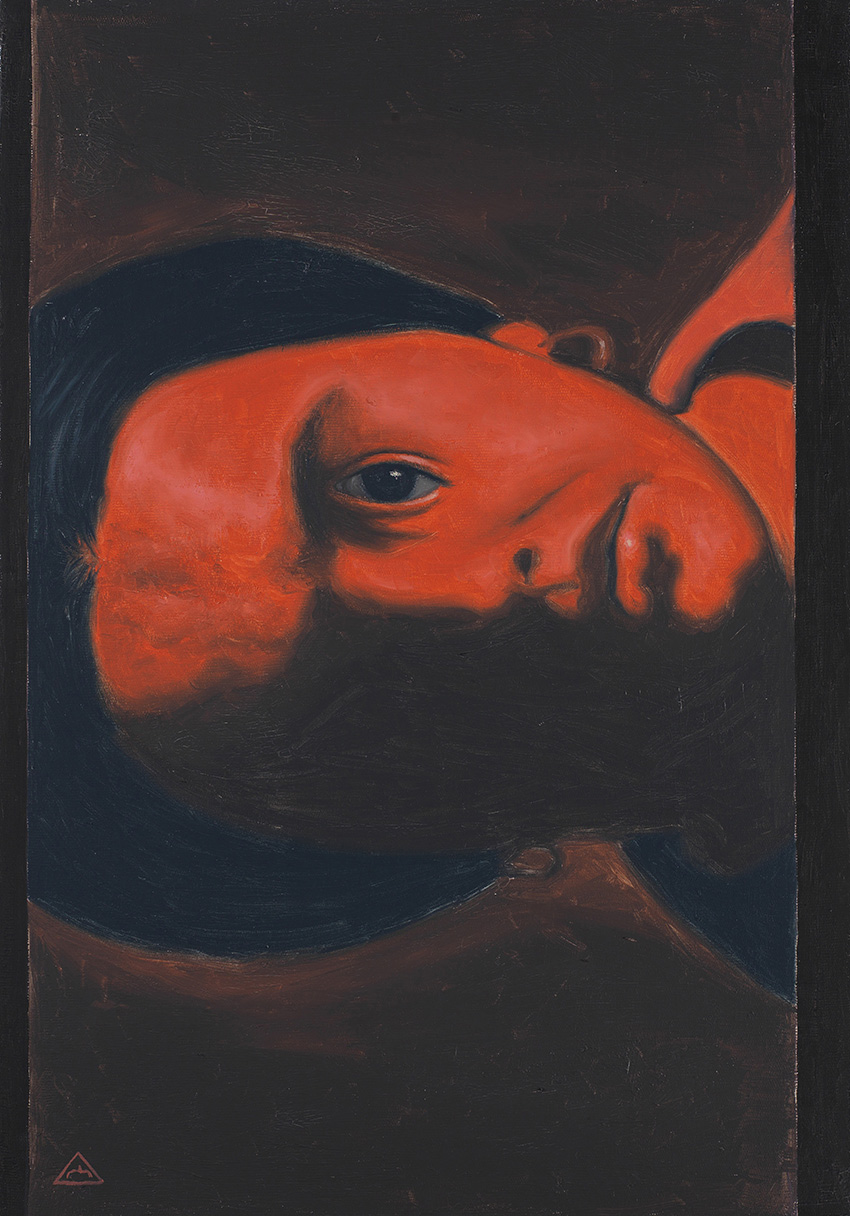 The inspiration of an artist who turns human-specific creative achievement into action is at least as complex as creation. For that reason, after seeing an art object, we direct our attention to its roots and origins.

Eyüp Ataş’s the first of points of origin is “Through A Glass Darkly” directed by Ingmar Bergman.

Playing a trick to the audience’s visual perception, in the next step, his amorphous figures drawing near to black-and-white display a structure which invites to new perception and questioning methods. Coming from out of and giving birth to each other, his body of work also results in his retiring from his first source of inspiration and a brings out a reflection of his ideas in a new form, color and composition.

Bergman’s query of what is artificial, reality and faith over symbolic characters turns into an intellectual query with a visual and expressionist language on plasticized levels which are created with the means of painting and strained by Ataş’s own personality and concerns.

Mythological masks and forms which evoke a plastic impression not by the language of painting but of chemistry confront us as indicators of what is artificial. Besides, symbols of nature, spontaneousness and nakedness far from eroticism are employed along with the power-oriented conflicts between artificial and reality; woman and man; male and female. However, these figures which are placed within surrealistic compositions through decontextualizing also transform into symbols of another conflict. This is a case just like the rugs making reference to what is traditional and like eclectic placement of those archeological images which become an object in the cold atmosphere of museums after being torn from their first beings.

Query of the eye evolves into query of the mind while these eclectic adaptations, which give the impression of collages now and then, support the ceaseless conflict which harbors the present and the future within.

Unless a study is made merely on a work, each new information concerning the life and inspiration sources of an artist result in the multiplying meaning of his work of art. The fact that Eyüp Ataş comes from a Cherkes lineage exiled in 1800s and still speaking their native language among each other reveal another dimension of queries he attempted through his works.

And all creation contains the obscurity of what the artist is going to tell in the next step. If we are to express with a language containing mythological references which, every now and then, Ataş uses, then; “What color will be the net woven by the Goddesses of Fate on the loom of wuthering time? Will it be white or red? None of us knows. A dimly shining light illuminates the back side of the net. Clouds and dense darkness conceal the other side.”