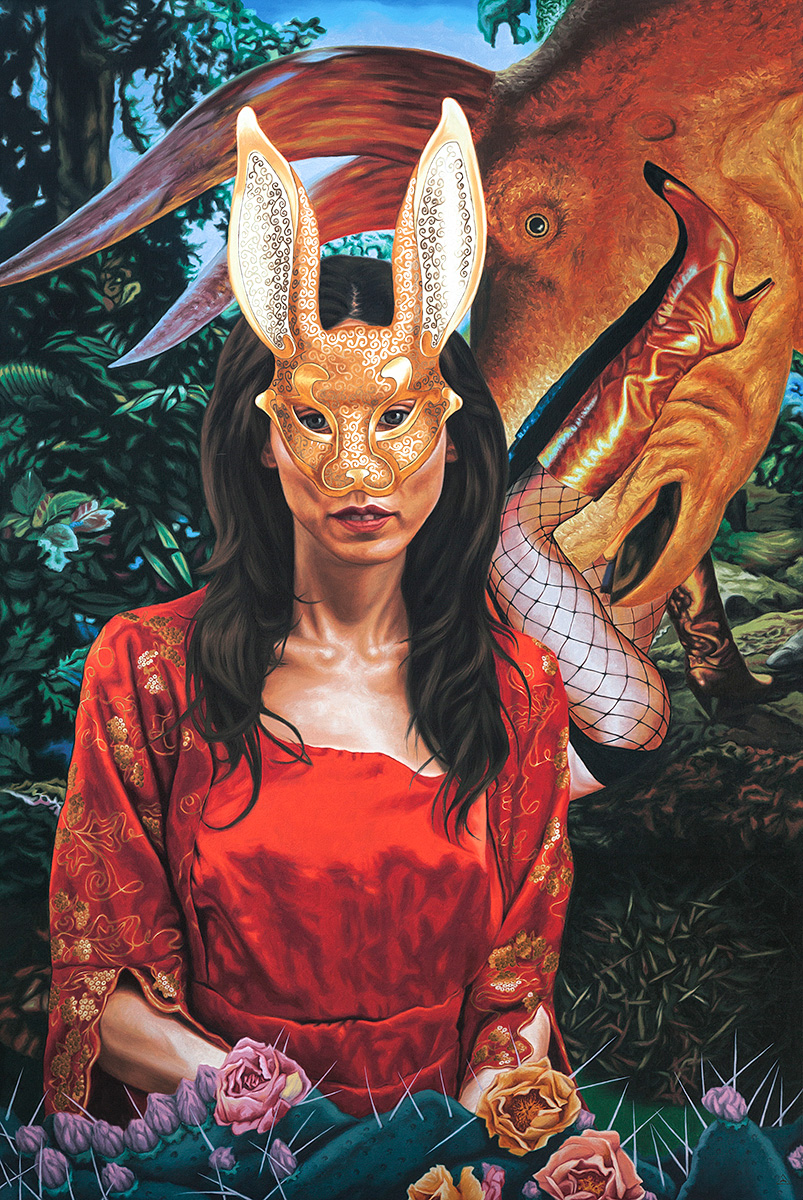 There is a comparison in Turkish, of which we frequently talk about and which has become a cliché. “To look and to see.” To see is the sensed and perceived version of to look.

Watching, sensing, perceiving a piece of artwork is the experience of catching the look, then staying in the look for a long time, the eye and the mind.

Eyüp Ataş’s works, which he gathered under the title of “At the Look”, are the consequences of the change, transition and witness to the era, all of which envelops the creation processes.

Ataş’s set off is the episode where Goya, in Susan Sontag’s “Regarding the Pain of Others”, deciphers the series of “Disasters of War.”

Susan Sotag, in this book, executes the reaction of the audience against pain. She shows the contradicting satisfactions of internalization, ignoring and the joy of watching.

However, the “Disasters of War”, which is shown after Goya’s death, brings us to another sense. These artworks, more than solely reflecting the terror of war, are a visualization of the rebel and an artist’s facing with the self and the truth.

Each artist is the witness of his/her era and each artwork is the sum of what it shows and hides.

Eyüp Ataş’s works of “At the Look”, reflects that feeling of contactlessness, which covers the truth.

So long after the era when Goya said “This Cannot Be Looked”, in our era, when the dose of violence is gradually rising, when eternal contradictions are seen more, when fake accessibility suppresses the consciousness, love and anything related to people, and when everything can be watched, these artworks makes us alone with the metaphors of the fake.

Ataş, takes on the images of Pop and kitsch from the art history. He meets these two terms, which are not actually very different from each other, on the surface. He reflects the understanding of life and entertainment, which are no longer the needs of the new kind of people, who lost their ties with the nature.

Pleasure, is no longer in the shadow of the tree, neither in a sincere touch, nor in the breath that make you feel the life. Pleasure, is in the burgers of the food consumption saloons, which resembles each other every second day; is sparkling sugary beverages. Pleasure, with an unmeaningful and overdose mask of happiness, cannot go beyond a temporary taste in your mouth.

Clement Greenberg, in his article “Avant-garde and Kitsch” talks about how kitsch degenerates the real culture as a source and highlights the substitution. Kitsch is fake feelings that replace others.

Furthermore, it hides itself apparently. Puts you in uniforms whilst giving you the formula of happiness. Gives you eternal promises whilst covering the truth. It guarantees you the pretention and being able to escape forever with unlived identities.

Yet, right after there are wars with all their nudity. Again, with all the nudity, gigantic creations; admiring with surprise; a set of knowledge where we scud between pain and happiness; a very thin melody that we hear from far, far away or a love story.

The information understanding of the new era, where we think we can reach and be news forever, offers us the escape and hiding at the same time. And get caught in a very unlikely time.

In a news, in a line, in a sentence, in the brush of a painter…