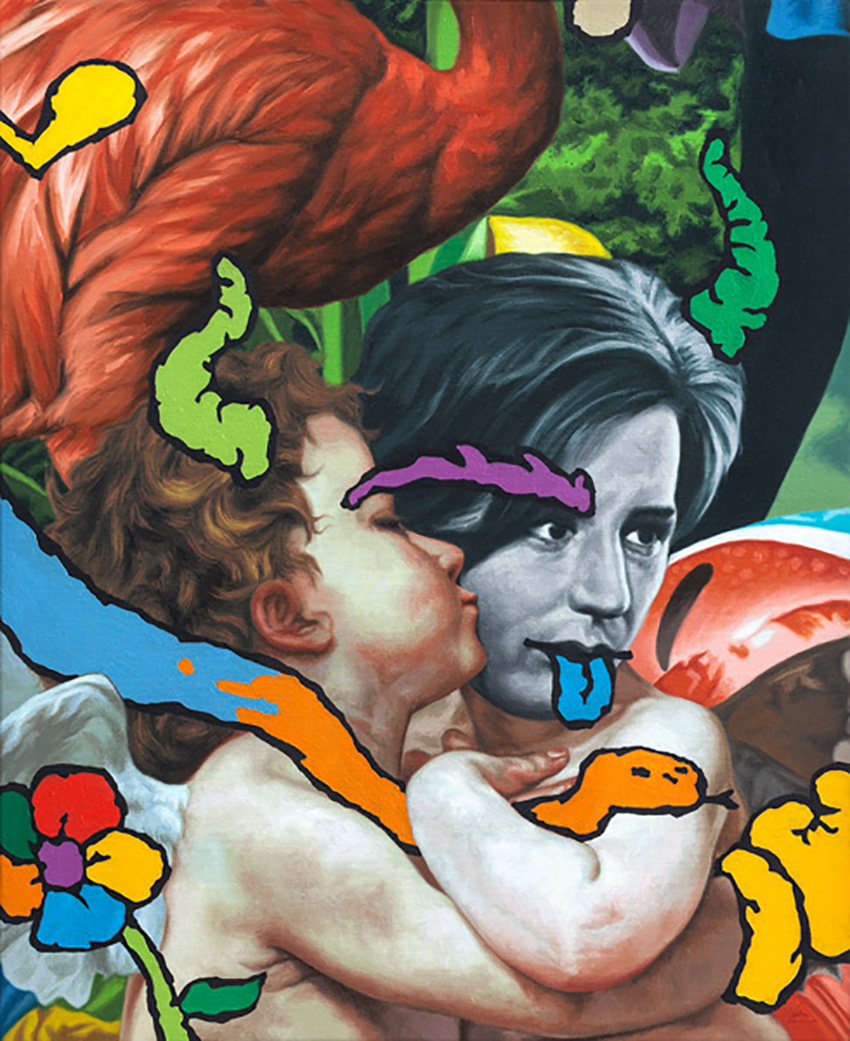 Today, creating art is more difficult than ever! I am not only referring here to the various crises occurring in the world, ranging from individual traumata to political drama. Those have been around forever. The history of art has always been interconnected to history of mankind, which itself is closely mingled with the history of violence and war. These three stories are equally old and long, as well as complex and intensive. What I am exposing as a new difficulty for the artists is the overwhelming impact of an all-permanent and all-penetrating visual culture, in which we perceive, understand and communicate with the world through images on uncountable screens. Instead of reading or talking, we generally look. Sometimes we stare, other times we observe; but mostly we just peer into the void of our existence.

The massive stream of visual data has caused a new sense of visuality, in which all is mediated through digital images. After the medium became the message in our global village, today, we all are world-famous for a few moments while big and small brothers permanently watch us. In such a world, where social media has created a new sociality, everybody has become a visualist, a being that expresses existence through the creation and sharing of pictures.

Beuys claimed that every man is an artist even 50 years ago, and Shakespeare revealed even much earlier that the world is a big stage, on which we perform as actors. So, what visual alteration can a professional propose? What alternatives or unorthodox ways of creation are possible to make a difference in order not to be drowned in the infinite ocean of pictures?

As also the artist is exposed to today’s visual bombardment, we must question whether it is possible to be inspired from the massive pool of our visual culture, feed on it andcreate artworks that refer to our current habitus without falling into the trap of superficial representation or reproduction but to renew the power of painting. The crucial question is whether contemporary art can critically contribute to our visual culture and propose alternative insights in our world?

Eyüp Ataş is a good example of an artist who has found powerful strategies to create works that critically deal with our diffuse realities anddeconstruct the being of its visuality. Just like in the “real” world, in his paintings, he clashes numerous images in order to produce heterogeneous and pluralist kaleidoscopes that reflect today’s strange state of society. The aesthetic of his strong paintings is very appealing as it pulls the spectator’s eye right into swirling tornados of multilayered matrixes, where numerous visual references are mingled into highly complex compositions.

Modern life is neither linear nor straight but heterogeneous and chaotic. Especially in big metropolises like Istanbul, it resembles a broken mirror, in which a large number of highly different people on infinite streets form a dynamic urban prism. It seems like single images cannot grasp the intensity of our contemporality anymore. This is the reason why currently our art world is characterized by oeuvres that are rather fragmental and complex than being coherent or stringent.

Eyüp Ataş’ works fit right into this school of thought, because instead of  proposing one-dimensional artistic answers, they raise multi-dimensional questions, and make so the spectator review his knowledge about the environment he lives in. In times, where all answers can only provide temporary truth in local contexts, the act of permanently questioning becomes an important part of being human. In this context, his paintings mean a chance for the spectator to reconsider his insight into reality and its strange visual representations that he is surrounded with.

Ataş is an artist, who is not afraid to jump right into the pool of our visuality, to dive deep into it, and to reveal its fundamental particles in order to combine them in highly inspiring compositions. Onto weird backgrounds that vary between realistic landscape-settings and abstract form-plays, in the current series, figures of old masters get combined with elements of cartoons and manga characters. High culture meets low culture in order to form symphonies of art and kitsch. 80 years ago, Clement Greenberg confronted High Art and Kitsch as two opposed elements of culture. Back then, he considered Kitsch negatively, whereas after Warhol’s Pop and Koons’ Fetishes, we all understand it is an inseparable part of art and culture.

Eyüp Ataş’ approach to the history and contemporary state of art shows a reflective and critical handling. He is aware of the many formal and conceptual layers within the long story of culture, which brought us today to the idea of art being eclectic, pluralist and heterogeneous. Of course, his works show relations to realism and to surrealism as well as to pop culture and to the art of collage. Though, in the end, his pieces go beyond quoting artistic, cultural and visual references for constituting their own existence. The aesthetically beautiful and conceptually powerful works reflect on the current state of our reality constructions in order to critically reveal the nature of our perception. In this sense, they positively contribute to the pressing discussion about the essence of our existence in the context of its overwhelming visual and virtual representation.