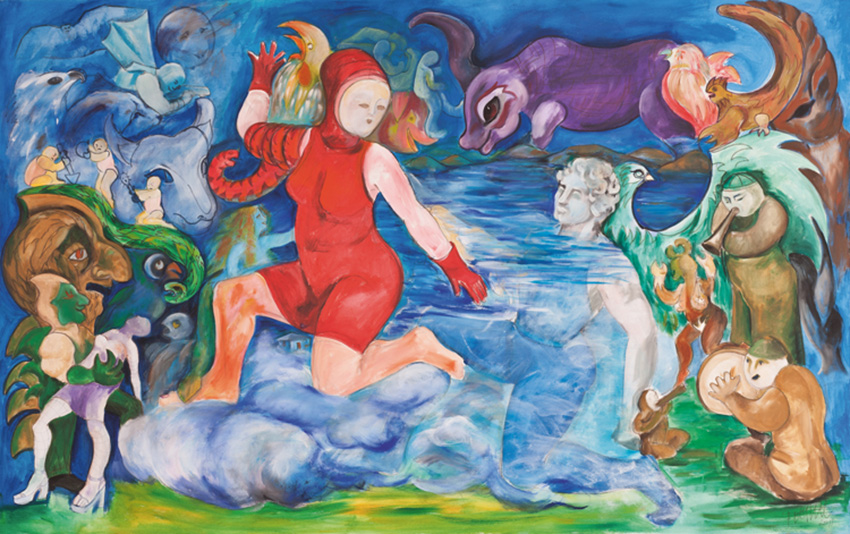 1990s are widely accepted as a keystone in Turkey in terms of contemporary art. In those years Istanbul Art Biennial, which functioned as the contemporary art museum in Turkey in the absence of those museums, became established, the number of art galleries and institutions that supported art considerably increased. Contemporary art increasingly grew conceptual with the impact of contemporary thinkers’ debates over postmodernism. As artists founded independent collectives to discuss and produce art, special topics such as identity, womanhood, otherness, ethnicity, which did not have a place in political platform, got visualised in contemporary art’s platform. All these were factors that enriched Istanbul art sphere.

Fatoş Beykal emerged in contemporary arts scene in these colourful but equally chaotic conditions of the 1990s. Avant-garde art exhibitions held in those years appeared to be prolific platforms for Fatoş Beykal to present her work to the enthusiastic audience properly. Holding numerous solo shows and attending group exhibitions, Beykal revealed the main feature of her work: controversial situation of woman identity. A crucial component of her art also appeared in 1990s: implicit narration. The title of the work was the only hint she gave the audience to understand her art, which this feature remained unchanged over the years, despite the fact that her work has changed significantly.

Workshops she held with children made a significant impact on Fatoş Beykal’s work and her artistic career. As a result, she adopted a metaphoric way of expression in 2000s. This metaphoric narration revealed itself through narrations similar to fairy tales she designed whose characters were fairies, monsters and beasts.

The fairy tales in fact are narratives, which prepare children for dealing with the hardships of life through the metaphors maid near me. Can one be accepted as “grown-up” without hearing Aesop fables? Without identifying himself/herself with his characters? Can he/she prepare himself/herself for the challenge of life? How could we appreciate friendship if we did not hear the fable narrating over fox and the chicken? How fox made himself desolated by devouring his fellow chicken that was genuinely happy to accompany him?

Despite the fact that Fatoş Beykal’s tales that she narrates to the grown-ups constitutes perfect example for semioticians to analyse with their characters, goods, bads, helpers, and opponents, her work claims more than an analytical approach boofurniture.com.  The world she created in her work, a world as pure as that of a child, is kind of phases of the existence of anonymous woman: struggle, astonishment, anger, escape, acceptance an so on. These human situations, which are part of iconography of Fatoş Beykal’s work, claim to be felt deeply.

A suggestion from the author of this article to approach to the series of paintings entitled “Gone Fairy”: let’s feel them as if we are kids.