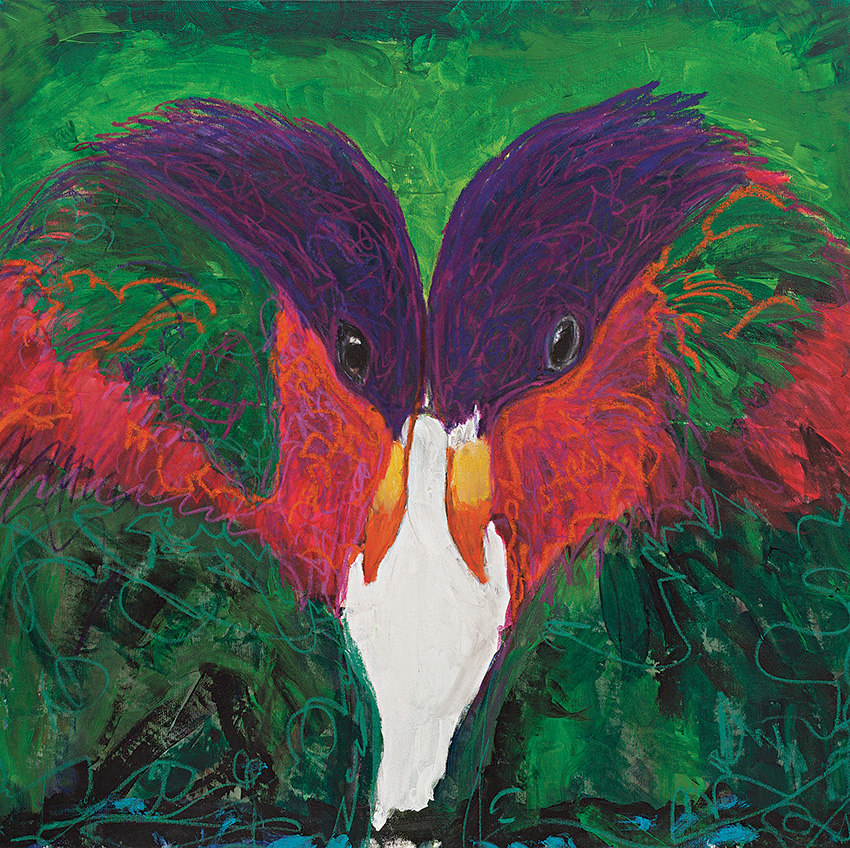 A Dream, too Good to be True

The work of the German born artist Funda Özgünaydın, who lives and works in Berlin and Istanbul is characterized by a critical review of given social structures and the cycle of life. This is the reason she mainly deals with socio-political as well as ontological and existentialist questions around the being of man in relation to modern society and nature. Here, social ranking, and how people interact within different social hierarchies are her main concerns. At the same time, as an artist who works in various disciplines she questions how to visually reflect a new perception of social developments, and how to display changes?

Özgünaydın, who received her artistic education in Berlin in the class of Hito Steyerl, has had always a close connection with Turkey, and especially with Istanbul. Since 2013, she could intensify this relationship, as she took part in several cultural exchange programs of the Berlin Senate as well as residency programs. During her current research stay at the Cultural Academy Tarabya, she has formulated a body of work that clearly shows the impact of Istanbul. Her show Remix at Galerimiz presents pieces on paper and canvas, and refers to her recent experiences she gained in our metropolis.

In Funda Özgünaydın’s compositions of opposites, and contrasts, she underlines her believe in art being closely intertwined with life. The heterogenous character of her work is formally reflected in the use of the collage and conceptually exposed in the creation of hybrid creatures. As half man – half flower, or half man – half animal, the protagonists of her current pieces are synthesis of human beings and animals or flowers. Here, a direct interconnection of life and art, as well as man and nature is given. The cycle of life, in which everything is in permanent flux and where everything matters gets clearly reflected in her works exhibited at Galerimiz. There ecological matters meet humanistic aspects in order to critical reflect on the current state of our crazy world, which is according to her more and more mechanical, so that we need to get back to our roots and an analogue way of creating a balance between men and nature. This believe in a non-mediated way of dealing with reality has made her moving back and forth from painting and keep you stay classy.

Archival material combined with images of people, animals, and nature, means the main conceptual starting point during her dealing with life and the social structure. Making the transition from human to animal and visa-verse visualizes the cycle of life. Though, her aim is not illusion, as the various images and layers are not perfectly synced, pixelated, or placed. She rather exposes the constructiveness of the depicted images for referring to the multi layered being of reality, which consists of various layers itself.

Remix consist of two current series. On the one hand, Özgünaydın presents collages of various paper-prints that show figures, which have flower instead of faces. The spectator can decide whether s/he believes that the actual face is hidden behind the flowers or the head itself is consisting of flowers. In any case, the identity of the presented people is hidden. What we see are couples, who spend time in picturesque landscapes on a shiny summer day. It is too good to be true, too perfect to be real! And this is the actual strength of these collages. Due to the fashion they wear and due to the slightly faded coloring of the original pictures, a sense of nostalgia and melancholia appears. A glimpse in the past seems like a whisper from better times, where positivity could have been a normal state of mind. The beauty of nature is covering the people, and transforms them into better beings. A dream, too good to be true, find the san diego corporate tax preparation near me.

The second series is consisting of paintings and prints on paper and canvas. Here again hybrid protagonists are depicted. Though this time, the half man-half animal creatures are now set in film-like setups. Like a still from a movie the characters are part of a mysterious scene takin place in an urban surrounding. The multi-layered and fragmental composition of the works can only be completed in the mind of the spectator. A complex structure of lines and textures is pointing to the chaos of our existence. The highly dynamic compositions are aesthetically very appealing and draw the spectator right into the work.

Whereas the paper-collages deal with beauty, harmony and positivity, the paintings and prints are rather mysterious, and even sometimes uncanny. The combination of these two series in one place gives Remix a special character, which points to the pluralism and heterogeneity of her work, as well as to the complexity of life and our paradox world with its never-ending clashes.