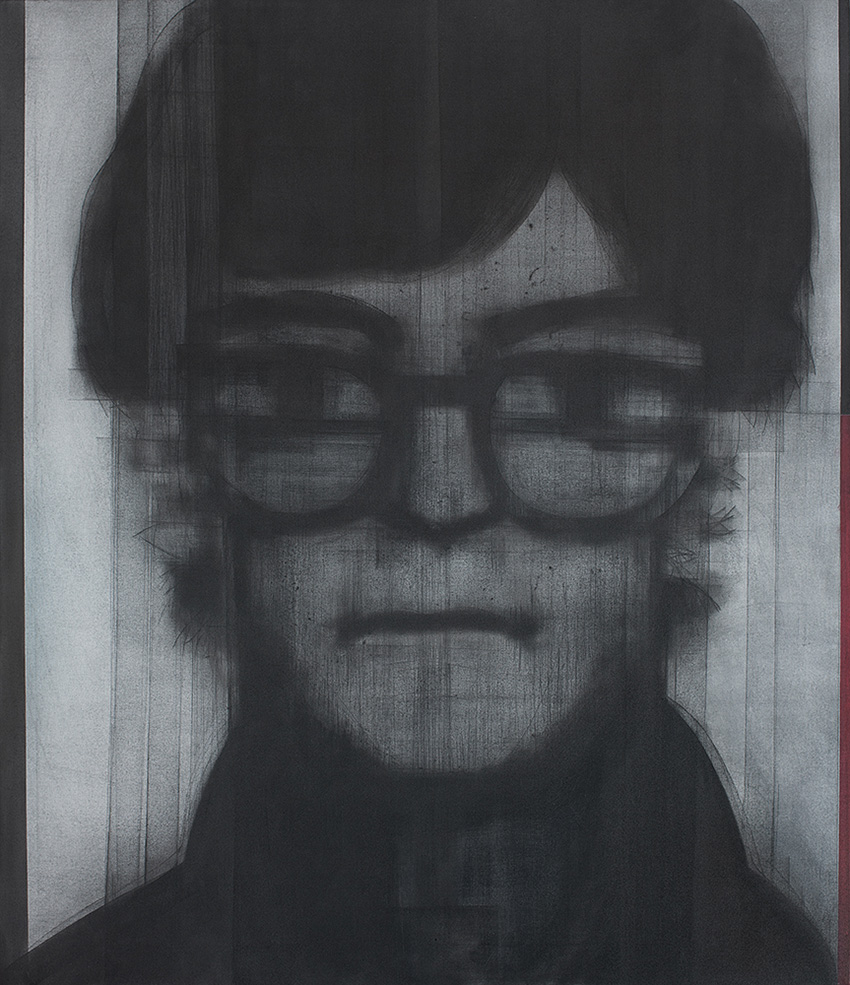 As the very name of the exhibition Faces and Surfaces implies, the exhibition hopes to encounter the audience with two seemingly contradicting and conflicting surfaces, by converging them as if they are one façade. Posing the question about the quiddity of these dual surfaces which seem to be one sole surface, bearing each other hardly, tensional to the degree of explosion, what will chance us is the conflict between the surface drawn by monotonousness, uniformity, mass production and repetition and the face which necessarily draws the sub-surface of uniqueness, being sui generis, preciousness, individuality. Faces, one the one hand, losing their essential meaning being aligned between the grinding notches of the educational institution with a telos of marshalling, by becoming anything, on the other hand, each resisting diversely against institutionalization thanks to the particular history of each, and transmit their stories to the audience, even if they are concealed by the violence of the act of arraying.

While each picture, being signified either by the age of the figure, or by the identity number or the date of birth etc. which act is reminiscent of annihilation of particularity, differentiation, divergence, and of arraying, aligning, marshalling amid the stereotyping multiplicity, the tension between the surface of the face and the surface surrounding the face is augmented. Whereas each face depicts a story, on the other hand they are packed by arraying within the monotonousness of black-and-white.

Sabrina Fresko ‘Foam of the Waves’