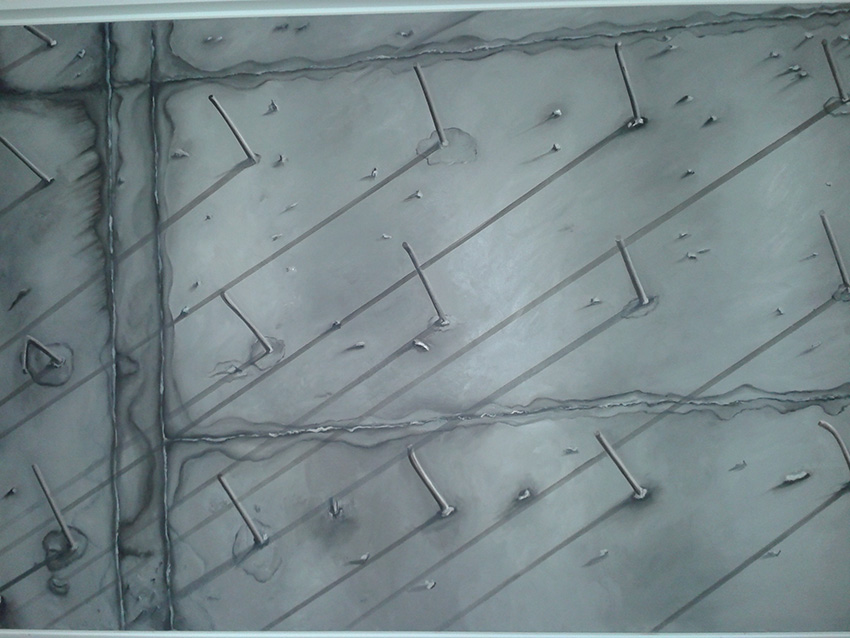 “The struggle for city life and particularly for the city (for protecting and renewing the city, for right to the city) may present a target and frame for more than one revolutionist action.”1This Lefebvrist mentality should be considered as the answer required for the questions “What is art?” and “What is art for?” from the renaissance humanism to Picasso. We shall not forget that the answer of Picasso, “… Painting is not made to decorate apartments. It’s an offensive and defensive weapon against the enemy.”2is a part of the struggle for protecting the right to the city.

As in the Medieval and Renaissance, the city paintings from 19thcentury are pictorial, but contain implications more than this. They are historical and geographical pieces, but also economical and sociological (political, urban and architectural) reading and examination documents. In addition to this, some prerequisites related to building the plastic imagination such as perspective, painted values etc. as well as several components of the artistic regime are the inquisition hypothesis of the canvas, surface works. As researchers and interrogators, the artists have created these intersections and junctions by breaking apart from the deep traces of traditions. It is so clear that the main reason of the tension at the Wall Street and Portugal, the rising civil commotions in Greece, Spain, Brazil and Gezi Park in Turkey nowadays is this political aesthetic itself. The Munchist tension from 19thcentury is now experienced by the world and the cities as the heart of the world. While the cities are being re-conquered on global level, purified from their humanitarian contents and any kind of accumulated layers and exposed once again to the construction sites, artists such as Goya and Picasso defend the right to the citymentioned by Lefebvre. Failing to survive from the last global crisis, capitalism deconstructs the traditions and life styles of the human beings by re-exploiting the cities.

The global capital, surprising all of us with its war methods today, does not directly attack the humanity and nature through invasions and military operations. The attacks are not only towards the East or Far Asia. When he said, “The property booms that preceded the crashes of 1929, 1973, 1987 and 2000 stand out like a pikestaff. The buildings we see around us in New York City, they poignantly note, represent more than an architectural movement; they were largely the manifestation of a widespread financial phenomenon.”3, David Harvey points us the attacked version of the architectural and urban facts. Harvey calls this “Gentrification”; gentrification means the re-sharing of urban income by displacing the citizens from their homeland, cultural environment and circle.

Some of the Turkish artists focus on these, invaded cities, neighbourhoods and streets in their paintings and any other kind of artistic experiences for some time. Duymaz also leads the ones devoting his canvas to the memory of city. If we go back a little (for Ankara), Eşref Üren’s postcard-like great Ankara sceneries and Turan Erol’s city researches on shanty houses and coal yards go down in our painting history not only with their plastic values, but also as the records related to the ontology of our historical and social memory.

During the last fifteen to twenty years, we witness some things that are presented as a development. The city gets fat and grows like an obese and a problematic and schizoid development uniforms all cities. Duymaz takes this situation, where the shanty neighbourhoods, city centres and suburbs changed with radical interventions at the expense of extirpating the local residents by calling this gentrification, into record with a strong expression through its paintings and photographs. Our artist cannot avoid being the subject continuously researching his city and keeping notes in the path of taking records like Proust. He is a subject, flaneur taking notes from the daily life rather than the idea of beauty. The things Benjamin4said for the photograph artist Eugéne Atget, today, apply to Mustafa Duymaz. While Atget shapes our imagination related to Paris by photographing the environment, streets, houses, sky and fountains of Paris without any human, Mustafa Duymaz witnesses with his photographs and paintings to the things from Ankara which change quickly, which we have become tired of, withdrawn sometime later and disabled with a visual blindness.  He is the one resisting against the insurrection of memory with the records he takes moment by moment with the photographs, snapshots taken one after another. In his photographs, he presents the legitimacy of gentrification with the contrasts representing the past of the city and presents the conflicts of the past and present with sharp determinations by filtering with memory and imaginations. His works and visual notes contain sharp contrasts like we are familiar with them. Blues and anger are the remainders of these paths. Therefore, Lefebvre’s Right to the Cityemphasis has become a part of his nature. He is the artist of a sentiment representing the right to the city.

Workers constructing buildings that they will not live in, proletariat not having a culture to use hard hat, people who are required to destruct his imagination on rural for the sake of scenery are the subject of his works. The subjects of Mustafa are the destruction of the earth attacked by steel constructions, giant technologic devices and giant machines with murmurs. The shanty houses seen beyond the structural frameworks, the longing for a very small sky are his visual notes… The photographs and these pictorial experiences, gathering gray reinforced concrete and steel structures with the old images of the city like a jigsaw puzzle, are just like a proof for Simulacrum of Baudrillard. They are not real; they are beyond the reality…

In our interview, the artist says, “I cannot give up from iron and concrete, I want to show the machine somehow.” In some of his interviews, he mentions about a futurist path. Futurist idea, as the narration of early 20thcentury, symbolizes a future idea, the utopia of humanity as a morphological narration and utopia. It can only be mentioned about heterotopia now; on the other hand, if we do not defend Right to the City, then what we have left in our hands will be dystopia. Duymaz misses utopia against a dystopic world and takes his records with a humanitarian environmental consciousness.

We can tell that the Eiffel Tower, Tatlin’s contribution to the modern city and public area with the glass, steel and concrete of project for the Monument to the Third International Monument have made futurist, constructivist idea a vision of world in several aspects. The artist misses the urban areas, broad sceneries, neighbourhoods, alleys, sellers, market places, squares and a big and wide sky, and on the other hand uses the giant mechanical and digital instruments of the age, particularly from the construction industry, enchantingly in his photographs and then in his paintings.

What is constructed is a composition consisted of city and scenery with a post-futurist imagination. Therefore, Duymaz’s painting, art has several layers. These layers note down the conflicts, unsettled situations. While recording the things that mainly destruct the nature and humanitarian setting, he also places the destructing machines and giant visual images (billboards) of today’s advertising world into the main path of his painting. The advertisements5downgrade the reality and settle into the centre of our life with a panoptic dominance. Billboards and accompanying texts are one of the determinant components of our social life. They point us the other world simulated to us through the paintings of Mustafa Duymaz. This situation itself brings out simulacrum and reality conflict.

While the reality we seek since Plato troubles us with a historical, philosophical and artistic content, Mustafa Duymaz shows us the created Simulacrum situation as a New Old Master (as Donald Kuspit says) in popular saying.

Duymaz, who is out of the modernist path due to all of the abovementioned reasons, does not see city utopia and idea, one of the important conceptual pursuits of modernity, with an elevatory, aesthetic eye. On the other hand, his futuristic concern would be a late nostalgia. As is known, dialectic is the conflict of contrasts; our artist approaches the city he lives in from the path of these dialectic conflicts. As an epidemic in the city that completely turned into a construction site, the surrounding of the road he takes to the work with multi-storey buildings on both sides make our artist, particularly as the observer of panoptic centre, a flaneur taking the records of technologic progress as well as the siege of sky and profiteer marketing and sharing wars.