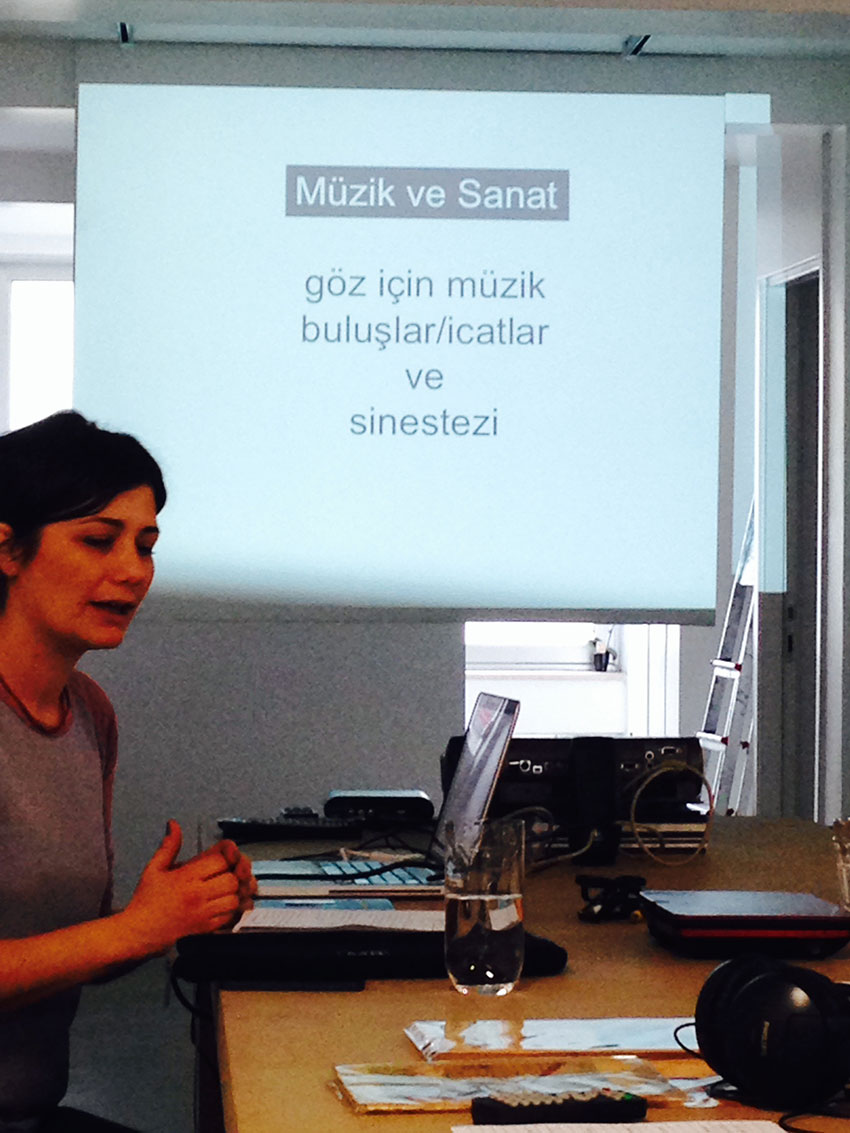 The concept of synesthesia

3.Week: Convergence and a synthesis: Symbolism in the light of 19th century thought

4.Week: Music as a paradigm and the interaction of 20th century movements and auditory arts. It has influenced many thinkers, artists and scientists since ancient times. The physical proximity between them has been the subject of scientific research; The fact that they have common sensory characteristics brought these two fields closer together in the light of historical developments in art.

In this four-week program (25 February-4-11-18 March 2014, from 11.00 to 13.00), we set out on a historical journey through the intersection of art and music. We will examine how both disciplines approach each other in thought and practice with a broad perspective from Antiquity to Renaissance, Newton’s color theory, Synesthesia, and the twentieth-century trends that aim at a universal art vision.