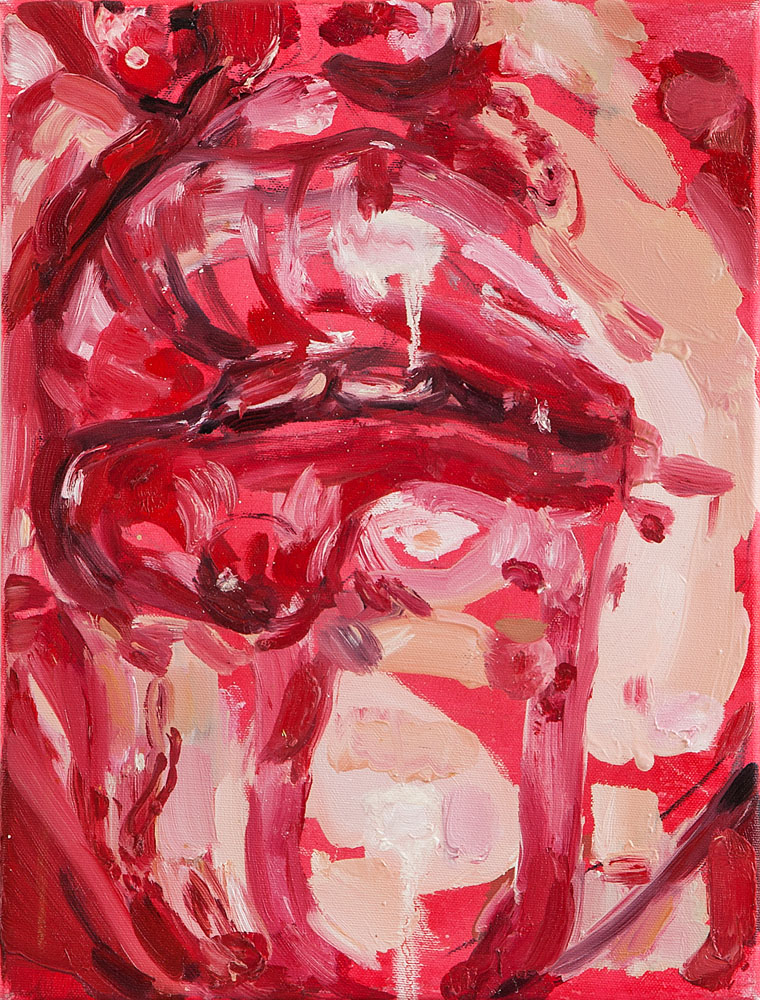 “I summon’d Nature; pierc’d through all her store / Broke up some seals, which none had touch’d before / Her womb, her bosom, and her head / Where all her secrets lay abed / I rifled quite”2 These verses by the British poet Henry Vaughan were written in the 17th century. It summarizes the relationship of man with nature in the dominant understanding of that period. It is not surprising for a man to perform the verbs that take over, crush, break seals, smash and open. The praxis is male.

As clearly underlined in the poem above, the woman is identified with nature. But this identification goes with completely masculine/negative meanings. In the Platonic tradition, men are superior to women and nature. The feminine has been associated with nature, which is the opposite of the mind, that is, the feminine is integrated with the body and nature, and the masculine is integrated with the mind. Of course, it should be underlined that this is not a situation that arises according to quality. It is the work of the practice of domination and exploitation. Culture represents the position of the superior, and nature the position of the inferior. The common thought that associates nature with woman by attributing feminine meanings to nature has also naturalized this domination, and by keeping women and nature out of mind, it has paved the way for masculine thought to establish hierarchical hegemony over the woman-nature. To put it another way: it is the domination of bodies over bodies.

However, the sources of inspiration that disrupt this constructivist masculine plane are not completely absent. Some mythological figures have been the subject of tragedies; For example, the Bacchae; can be called a community of women, affiliated with the religion of Dionysus, they are beings that turn this patriarchal way of thinking upside down. Nesli Türk approaches the issue from this point of view and offers us a new perspective of seeing and thinking, inspired by Euripides’s tragedy, the Bacchae. The artist creates a plastic and intellectual path that leads from Euripides to Michelangelo and from there to Ari Aster, a contemporary filmmaker.

Türk advances with leaps between times and perceptions; while she pursues concepts such as nature, feminine, pain, compassion, and freedom; She seems to criticize the regimes that take over our eyes: the search for clarity in the eye, in the gaze; leads to a blur, amorphous view of nature. In order to understand this view, it is necessary to examine the intellectual and existential starting points of the artist.

As mentioned above, the artist’s first imaginary stop is the tragedy called the Bacchae by Euripides. The tragedy is about Agave’s remorse: When Pentheus, the King of Thebes, does not recognize the deity of Dionysus, the God blows the mind of Agave, the mother of the king. He made Agave his maenad (his worshiper) and made his son Pentheus be killed by his mother by mistaking him for a panther. Of course, like every mythological story, there are many imaginary and symbolic points in this tragedy. Pentheus represents the cultural aspect of the Apollonian mind, order, state, and nature-culture distinction. Dionysus, on the other hand, is the grotesque representative of enthusiasm, body, wine, and unlimited mind and existence including humans but not of any opposition. The Bacchae are also women who worship Dionysus and are famous for their holistic nature’s wisdom that cannot be reduced to concepts. Agave, on the other hand, is the one who obeys the mind of the Bacchae and, more precisely, discovers her essence (nature) and shatters the mind and the world (panther) represented by his son. Yes, there is deep mourning and regret in the end, but this is how the woman’s body is freed from all the burdens placed on her. It can be said that she experienced some kind of enlightenment. In her work Agave, Nesli Türk calls the Venus of Willendorf or Kybele as an unidentified body while painting this heroin with a double appearance, perhaps giving birth to a new Agave. Sitting on simple chairs with her strange, bloody body, Agave poses for the artist, nullifying the form of perfection, the mind (circle or ellipse). With the blood on her and the umbilical cord-like extension she holds in her hand, Agave looks at her rebirth with self-confidence and peace. Here the body exists not to be seen, looked at, and manipulated, but with a calmness that realizes that another nature can emerge and multiply within itself. We know from the flow of tragedy that the Bacchae cannot be captured or subjugated.

The way the artist approaches the body brings to mind some concepts of contemporary philosophy. The distinction between Zoe and Bios, as used by Agamben, is critical here, especially on the axis of biopolitics. Bodies requested by Pentheus; They are political objects, order-builders, subordinate bodies bound by law, and increased in capacity. That is the bios. However, the Dionysiac body is the body of Zoe, that is, the bare life. Zoe means an unidentified, disaffected being with a vital capacity and sensation that cannot be the object of politics, but it is also sacrificial.

The bodies that the artist puts on the stage are not ordinary bodies that the eye is accustomed to. They are strange bodies that have just awakened from a state of ecstasy. Like Agave. The artist captured the similar adventure of the May Queen in the movie Midsommer by Ari Aster, which is a kind of representation of the Bacchae, from the right place. The female character of the film starts to internalize the ceremonies she followed in astonishment and horror after participating in a ritual/competition in which only the women of the congregation participated. In this ritual, which is based on the ritual of turning around, our heroine almost evolves into cyclical thinking. At the end of all that’s going on, she starts to get rid of the reflexes of the masculine world and the traumas she brought from her past, and thus she puts on the queen’s crown and dress made of flowers. Nesli Türk places this queen in the middle of the triptych, -May Queen Reigns Night and Day- but with certain abstractions and allusions.

Undressing the Queen from her flowery dress, the artist leaves the dress as a cover on her knees, attaches the flowered scepter (Thyrsus) of Dionysus to her hand, leans her back on a panther’s skin, and wipes her face. In this case, the body almost challenges the world with all its vitality and femininity. The body, which is freed from the symbols of the queen, turns into a living center that attracts different beings outside itself. The massive state of a cohesive structure, in which creatures are intertwined and borders and lines are not clear, invalidates the culture-nature distinction. In an extreme interpretation, it could even be said that we are dealing here with an embodiment of Courbet’s Origin of the World. It is not a coincidence that the artist carries Michelangelo’s ideal-bodied, genius sculptures he made for the Medici Chapel to the right and left panels of the triptych. Moved to the middle of the triptych, the May Queen emphasizes the continuity of the strange, feminine body over time at a time when the difference between day and night disappears (summer in the north) in the movie Midsommar. Michelangelo’s figures in the chapel are stripped of their identities with rough brush strokes and settled on the right and left of the queen and join the integrated structure. I. Kuçuradi says, “In the dionysiac state, the border between the person and the things, between the person and the nature disappears. Everyone wants to be one with everything, to be one with mother nature for a moment. In the reconciliation of human and human – nature, man ceases to be a person; neither name nor lineage remains; in which case it is a living creature that simply exists.”

Nesli Türk’s experience of breaking down all dualities becomes more visible in her forms that lead to formlessness. The visibility of permeable and amorphous states in both drawings and oil painting works is compatible with the tragedy Bacchae or Dionysian thought. In particular, the use of line, shadow, and color in terms of the economy of images in the works of Ritual I and Ritual II, both made with charcoal and colored, as well as the mixed media Pieta After Michelangelo and Untitled Polyptics presents plastic teaching in itself. This plastic teaching offers data worth considering in terms of the tension between image and gaze. Like the artist’s approach to thematic values, she has a plural approach here too.

Even though the images are built in masses, the scenes full of tension, boiling, or even bleeding, stem from the vague presence of contour lines. Although the unconfined figures seem to be wrapped around or stacked, they look like objects ready to explode at any moment due to shading. Compressed, stacked state of bodies; As a result of pushing, pulling, contracting, and wounding each other, they turn into a pile of meat. These drawings, designed almost like sculptures, take on the appearance of torsos connected to each other and placed on pedestals. Square or circular pedestals weigh the art-historical weight of ideal forms.

Images that bring to mind the drawings of F. Bacon from time to time connect the relationship of Nesli Türk with the abject body to more plural and crowded imagery. Because Nesli Türk does not have a single body apart from two works (The Head and Madonna); Line, shade, and color alone does not have a safe shelter, all elements are contagious and fertile. Therefore, it becomes impossible to separate the forms from one another. Just like nature, her images move in nonconceptual, boundless cohesiveness. All images come into existence as blocks and as ivy (or should I say rhizomatic).

Finally, it is necessary to look at her work called the Head, which gets the feet of this whole narrative on the ground more firmly. The Head is met with the word “cap, caput” in Latin. Perhaps no words describe the practical and discursive power of the masculine world more than this one. Derrida points to the libidinal economy of this word in his work L’autre Cap-The Other Heading. He draws attention to the fact that words such as capital, capitol, and capitalism derive from the word cap or caput, which means head. In her work the Head, Nesli Türk presents a portrait of an unrecognizable man whose face is covered in blood. Artist gives a Dionysiac response to this idea, which advises the masculine mind, capital, state, and capitalism and turns it into material for exploitation. Going beyond the Nature-Culture dichotomy, the artist brings the undesirable one to the eye, forcing us to look at the possibilities of a world of images that cannot be fixed and is full of vibrations.

1. Words that Agave said in the Bacchae. The Bacchae, Euripides, Editing/Staging by Stephen A. Schrum, Translated by Ian Johnston, p.27