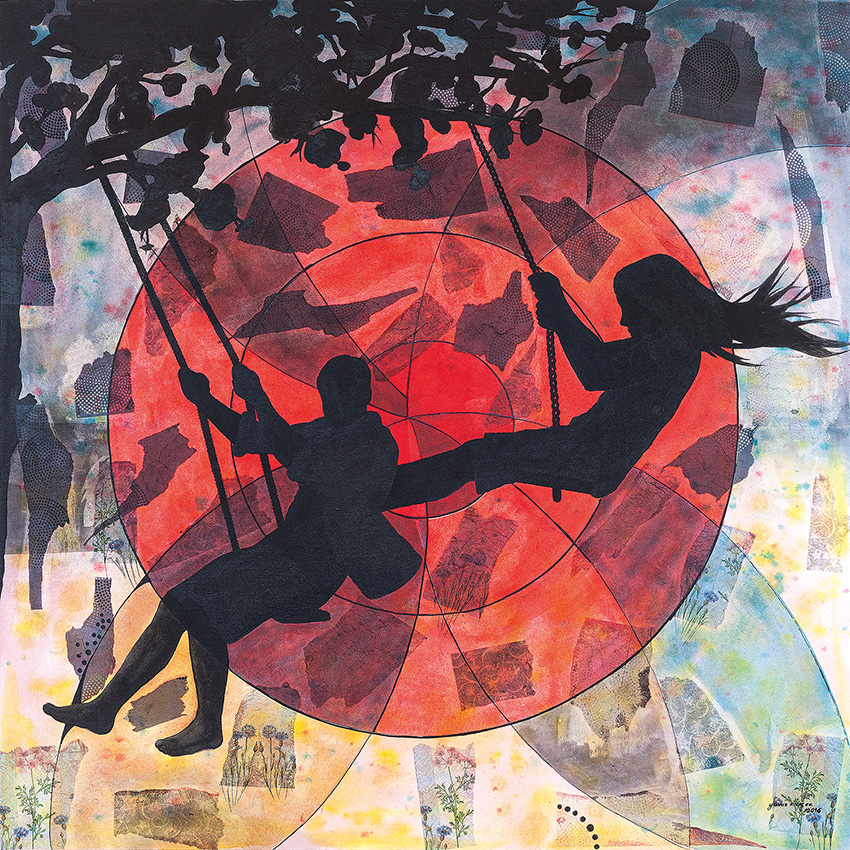 Bringing in his paintings slices of life through a genuine style, Kılıçer builds ordinary people in an ever-changing and colorful atmosphere as if they were in a kaleidoscope* rather than familiar environment. In his works, humans are as stable as their surroundings are dynamic. The dynamism of kaleidoscope, despite all its charm, represents the outer world which is too fast to grasp; on the other hand, the reflection of this expression appears as transparent layers, color plays and moving forms on canvas. They accordingly encircle the person in the middle of the painting and compel you to ask questions about his inner world.

*An instrument that contains objects within. The patterns are formed by movement of the kaleidoscope and reflection of light on different points.