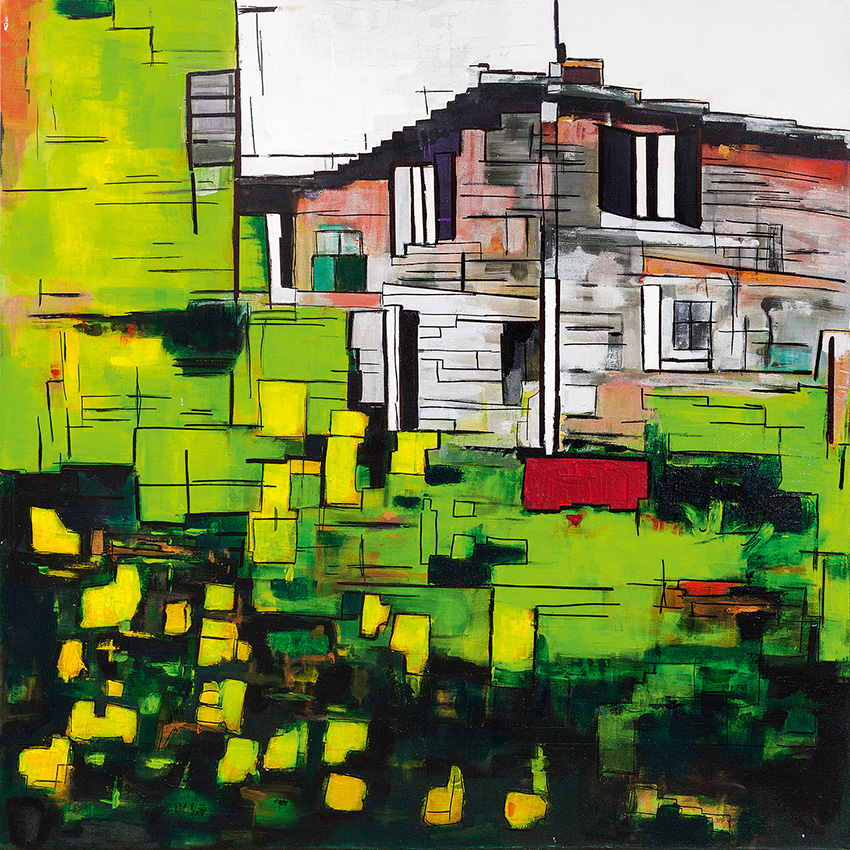 The place is the only way to free yourself from the captivity of life. It is an alive and productive member of change, separation and form. For this reason, the most profound approach requires leaving it’s dead, stationary, or unsteady conception aside. In essence, the place is organic, vibrant and variable. It is a pulse of life that is constantly dictated.[2]In some of the artist’s works, fragments from the canvas not only complement the missing parts of the interior, it becomes the heartbeat of a living organism…